I have reached a low point in blogging inspiration

So here are pictures of actors - and one author - that I find attractive. That's right, this post is basically me being 14 and putting up pictures of boys I like.

Jason Segal I like Jason Segal as an actor, mostly. He was hilarious as Nick Andropolis on Freaks & Geeks, a little scary as Eric on Undeclared, and he's a big sweet lug on How I Met Your Mother.

Liam Neeson I like this picture of Neeson with glasses on. He's got great eyes, there is such tenderness in them.

John Irving The Cider House Rules changed my outlook on abortion. And the only time I ever skipped school in my whole life was when I was reading The World According to Garp - I didn't want to put it down, so I skipped out during gym class. Daniel Day-Lewis My celebrity paragon of sexiness. I credit his role as Johnny in My Beautiful Laundrette for shaping my love for watching men kiss other men. I was young and impressionable, and I think I rewound the "a launderette as big as the Ritz...oh yes" scene about a million times. And he's just a brilliant actor.

And just for the hell of it, here's who I loved when I actually was 14: 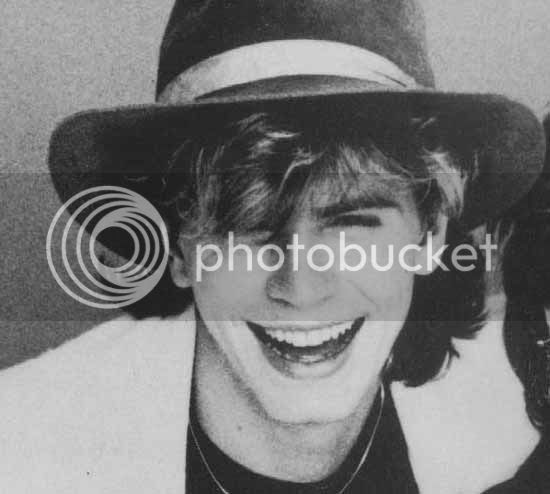 John Taylor from Duran Duran I liked my boys pretty and non-threatening back then.
Posted by maurinsky at 1:10 AM