Sometimes work is so busy

I didn't get to post anything much this week because my job was kind of insane for the past week. But I did post some videos at YouTube (of the SYTYCD show, my username on YouTube is maurinsky), got a little deeper into the book I'm reading (The Gun Seller by Hugh Laurie...it's getting more interesting and funnier as it goes along), ate a buffalo burger at the Pequot museum, which I visited with my sister and niece, did some grocery shopping, planned some meals for the coming week, did a small amount of cleaning, and I will shortly be taking a dose of Nyquil to help me sleep despite my sniffling, sneezing, stuffy head and sore throat.

And here's a picture of me, just because I like it: 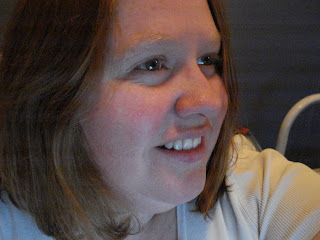 I like it because this picture looks like the person I see when I look in the mirror, plus it shows my nice $13 Supercuts haircut and my little crows feet, which I love because I think they make me look both kind and good humored.
Posted by maurinsky at 10:57 PM No comments:

Siobhan did come home yesterday, she needed 3 stitches, which isn't too bad, but she had some shallow but ugly lacerations, too, and was in a lot of pain.

The wedding was beautiful, and we had a great time at the reception - I think she felt a lot better afterwards.

Tonight, Monkey and I went to the So You Think You Can Dance tour, and we had awesome seats. We could see backstage, and when we yelled their names, the dancers smiled and waved to us. We had a blast.
Posted by maurinsky at 11:55 PM No comments:

I stayed up a little bit late to watch the Flight of the Conchords marathon on HBO (which I added just for the purpose of catching the marathon), and the phone rang at 1:0something.

Turns out Sio was playing football with some people from the dorm, and she fell and cut her leg badly enough that she will probably need stitches. She didn't have her insurance card with her at the hospital, so I went to get it from my purse and lost the call. She was calling from her roommates phone, and I haven't been able to get back in touch with her.

I'm supposed to be picking her up tomorrow morning for a wedding we're going to. I'm not sure if she'll be in any shape to go at this point.
Posted by maurinsky at 1:12 AM No comments:

Last night I went grocery shopping, and since I'm a bargain shopper, I always check out the little areas where they hide the older/damaged produce, dented cans, discontinued items, and day old bread.

Last night, I made a very basic pudding. French bread, 2 tablespoons of melted butter drizzled over the bread, 4 eggs, 2 cups of half & half, 3/4 c. of sugar (1/4 of it brown, because that adds a little more richness), vanilla and cinnamon mixed together and poured over the bread. I don't like raisins when they are baked, so I exclude that common ingredient. It'd definitely a treat for cooler weather, since it bakes for 45 minutes. It's good cold, but it's divine warm.

Monkey and I had some for breakfast this morning. What a comforting way to start the day.
Posted by maurinsky at 11:43 AM No comments:

Ideas flitter in my head
like butterflies with feathery wings,
their gossamer grace glimpsed and grasped for.
Elusive, they slip away.
Determined, I reach.

Words are my net.
The page is the frame.

Unspoken and unwritten, they enchant.
Pinned down and cruelly contained,
they are shades,
ink and paper,
earthbound.
Posted by maurinsky at 2:13 PM No comments:

courtesy of Flight of the Conchords

Posted by maurinsky at 11:59 PM No comments:

My church gig has started back up again, and I happened to get to the most miraculous part of the book when I opened it up when Rev. Right-Wing started his sermon. You couldn't tell, because it was so hot that everyone was dripping with sweat, but I was silently weeping for Winkie and his/her offspring, Baby Winkie.

After church, I read the rest of the book. I cried more than once, out of anger, out of grief, out of beauty.
Posted by maurinsky at 10:09 PM No comments:

Cute and not so cute animals 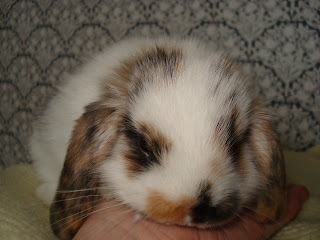 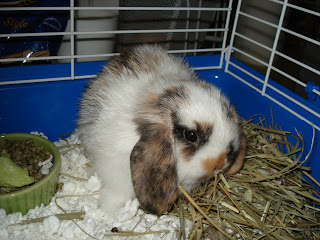 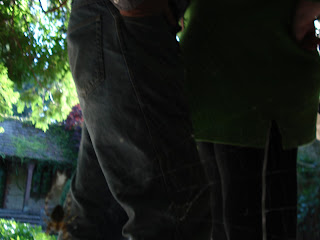 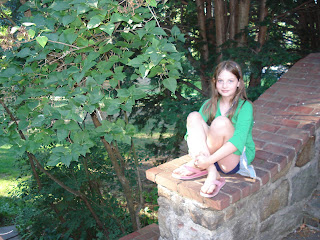 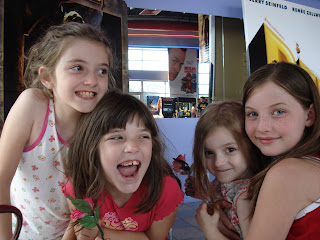 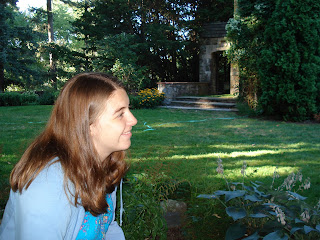