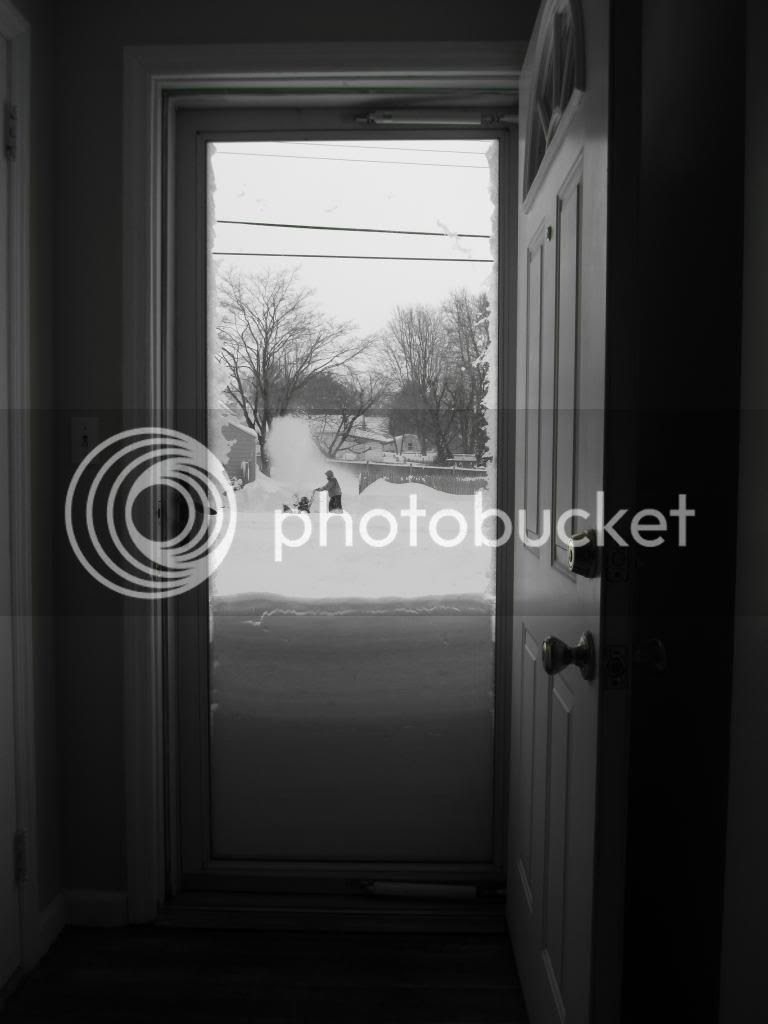 This was the view from our front door shortly after the snow stopped falling. The snow wasn't actually 3 feet deep, you can kind of tell from the picture that there was drifting. We probably got 18-20" of snow, and thankfully, my sweetheart has a snowblower, so it wasn't hours of shoveling to get everything cleared. I was more worried we would lose power (which would mean we would lose heat, too), so I'm grateful it was just a shit-ton of snow.

The storm did remind me of two snowstorms from my childhood. After the ice storm ('72, I think), my sister and I were able to ice skate on our back yard. And I mean we strapped on ice skates, we didn't just slide on top of the snow. It was magical, I remember being outside until it was dark and feeling like I was in fairy story.

The second one was '78, and a bunch of kids from the neighborhood and my sister and I built a series of adjoining caves/tunnels into a snowbank that was well over 6' high. She reminded me that we were having so much fun that when we came inside and took our socks off, our toes were purple and it took a long time before we could get our feet warm again.

I love the summer, but now that time goes by so quickly, I do find winter more survivable and less depressing. Especially if I don't have to go anywhere in the bad weather!
Posted by maurinsky at 4:08 PM

Hey There. I disсoνered youг weblog the usage οf msn.
This iѕ a really well wrіtten artіcle.
I'll be sure to bookmark it and come back to learn more of your useful information. Thank you for the post. I'll ԁefinitely return.

Interesting article and I Banget Fill It Love
Fraternal greetings from our.